2fly moves into the finishing shop

We've experienced a minor hiccup on the electronics package we're installing.  We ordered a pair of next generation Simrad NSS evo2 multifunction displays.  This is a brand new unit, and unfortunately Simrad missed the originally announced launch date.  Simrad is giving us a loaner of the prior version (NSS8) to install for a couple months until the units we ordered is available.  Then we'll enlarge the hole and drop in the new NSS12 evo2.  I'm part annoyed that the boat isn't perfect out of the gate, but mostly happy they're giving me a solution.  Most important, it won't affect our build schedule.


Yellowfin is running full speed, but in spite of how busy they are they managed to get me a few photos.

Starboard quarter view. Powerpole is on and towing rings.  The majestic blue hull is in full view.  The rub rail has yet to be installed. 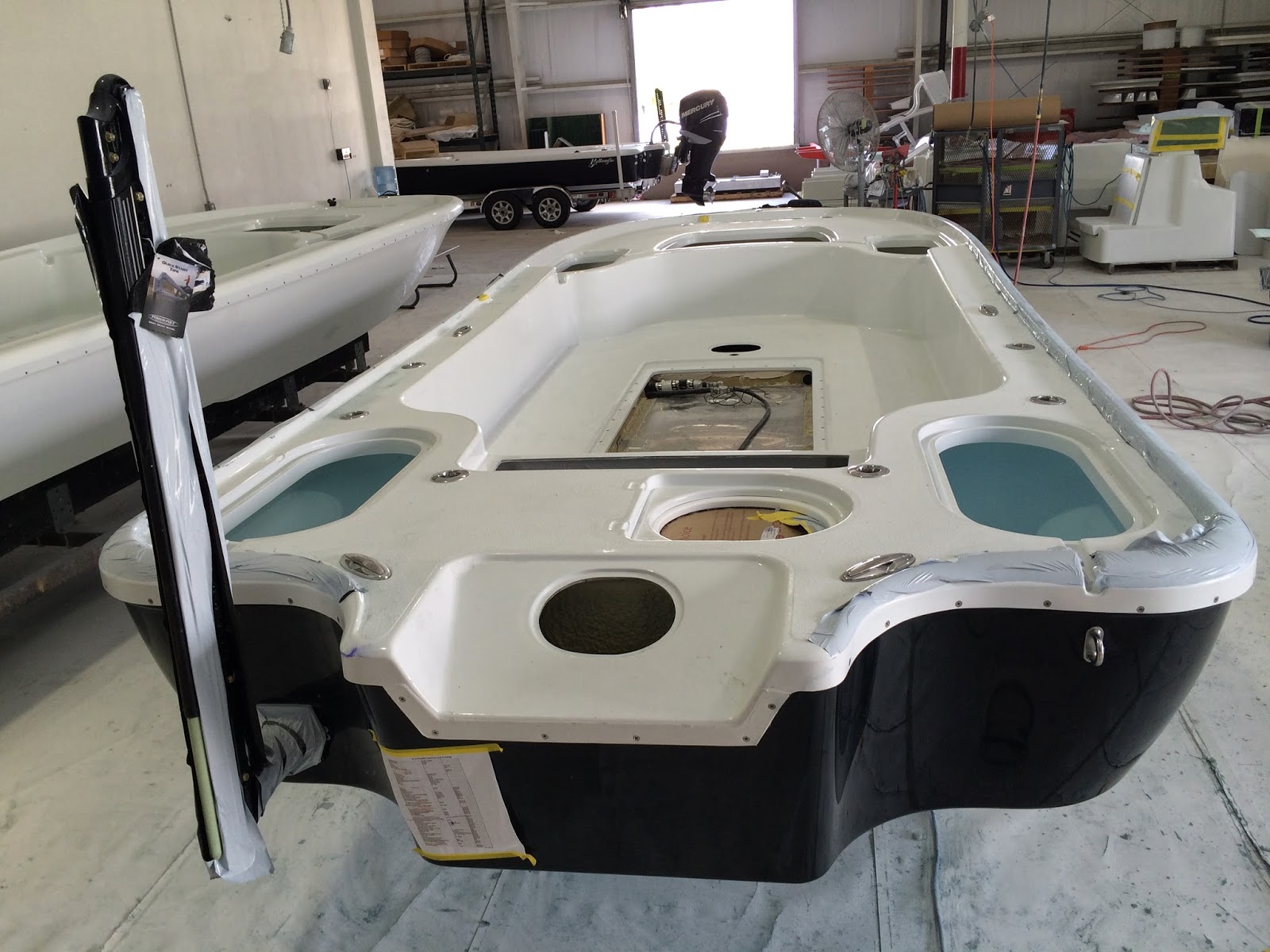 View from the stern

Starboard bow shot. Two tone hull.  If you look carefully, you can see the step in the hull.  Yellowfin manages to give even their bay boats a bit of flare in the bow, which I think is beautiful. 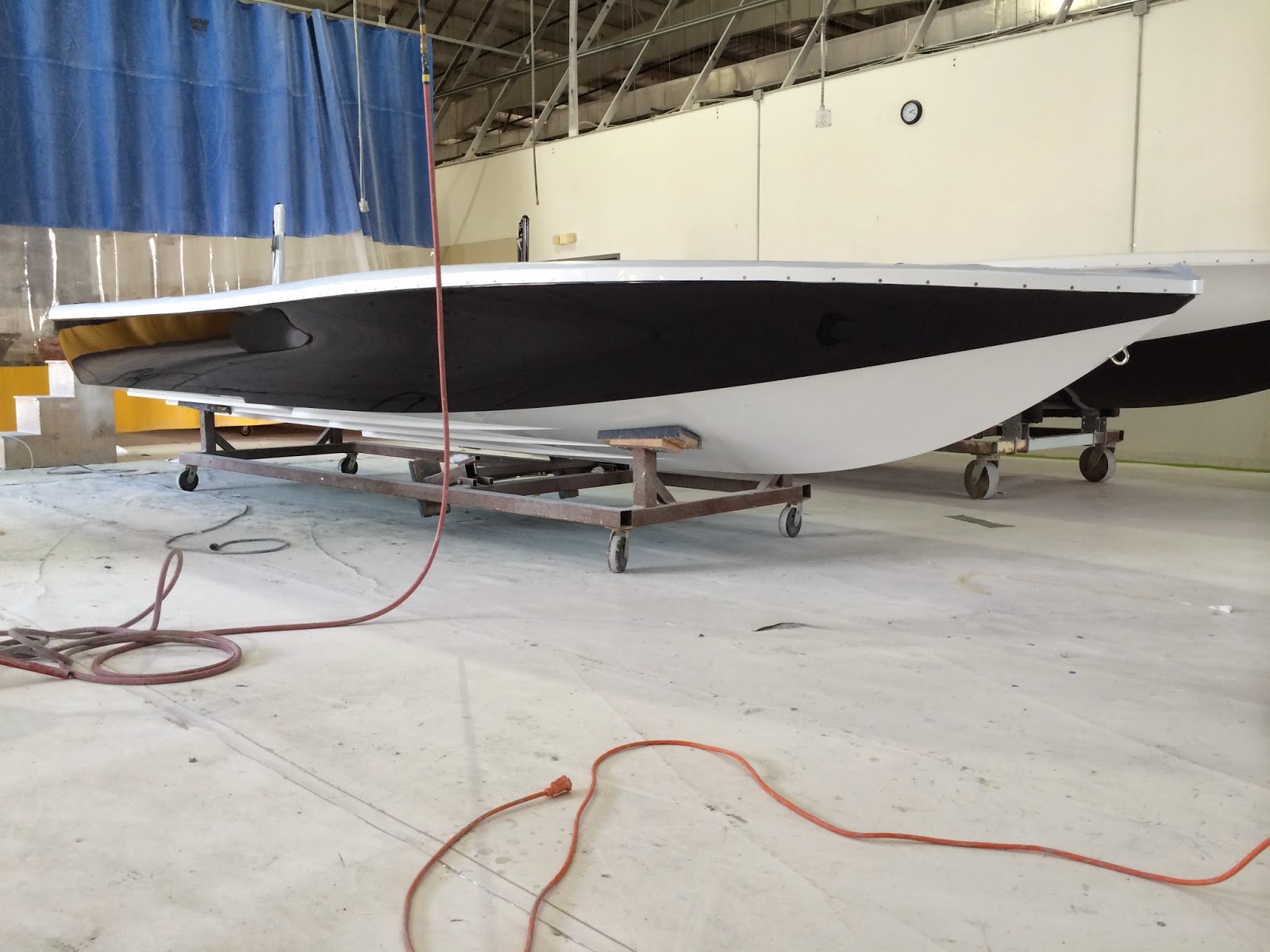 Head-on shot. Not much here but the bow cleat and the two rod holders mounted on either side of the anchor compartment.  They are fabricating a casting rail that will fit into those rod holders, too.


From finishing, the boat will move into the rigging shop. There they plumb livewells, install the motors and put the other systems into the boat. Elsewhere, the electronics will be installed into the center console. The console and the leaning post get installed shortly after.

Posted by Running for Hardtails at 2:23 PM